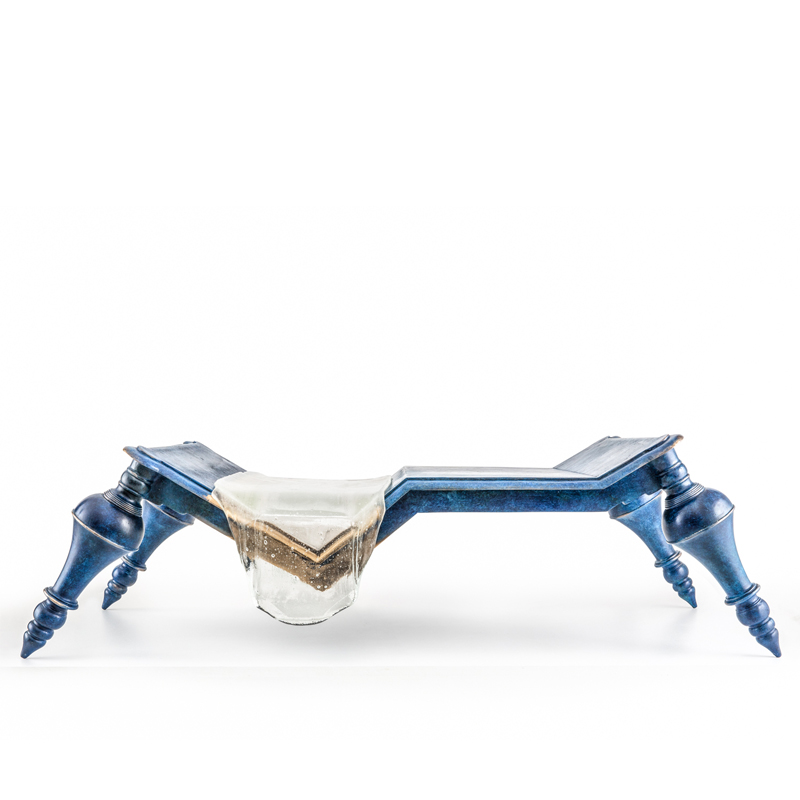 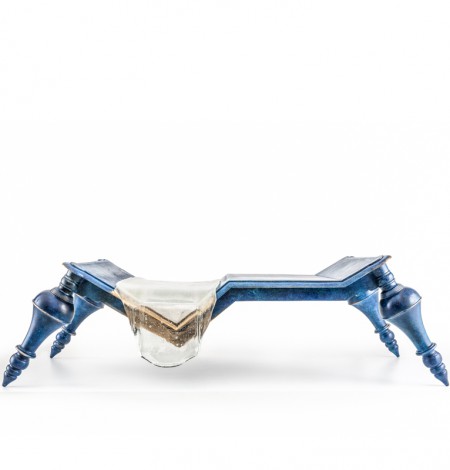 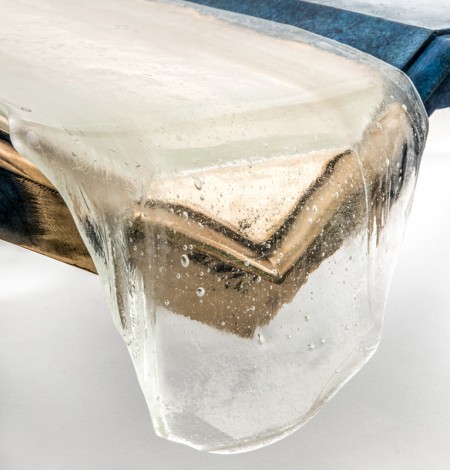 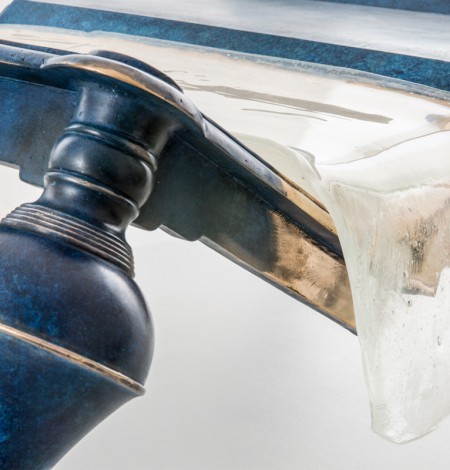 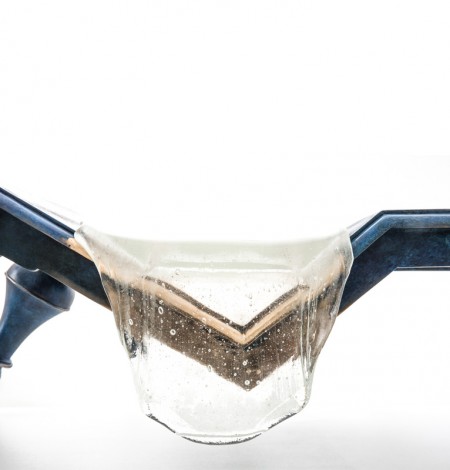 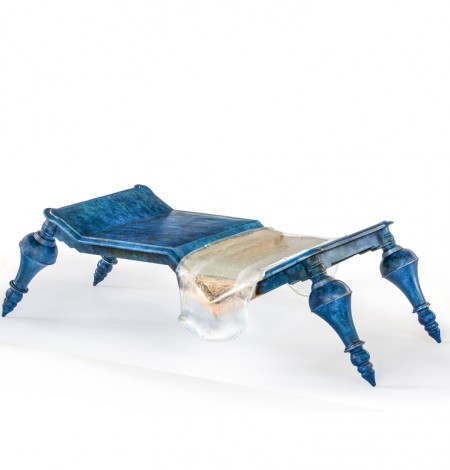 For what reason the legendary 8th continent Atlantis has sunk in just one day and one night, is unclear. And it continues being enigmatic if it really did exist. Nevertheless it is alive in our imagination, since the opposite have never been proved. Nothing has been found so far. What happened if? What happened if suddenly single objects appeared from the ocean? And how would we put these pieces together? How many possibilities would we have?

Playing with this idea, Andrea and Nat realized the coffee table called ATLAS which marks the beginning of a collection of utopian furniture pieces that could have belonged to the greek Titan Atlas, the first king of the paradisiacal and highly civilised island of Atlantis.

Of course it could not be an ordinary piece of furniture since it has lain in the depths of the Atlantic for over 2500 years. Its history is made of metal, because the island was famous for that. Its archaeology, however, has adapted to its destiny. Therefore it is destroyed and somehow different. Its soul is made of water, because it cannot exist without water and which “freezes” in the melted state to become glass, robust and fragile in one. The combination of its inherited character makes it surprisingly usable again.