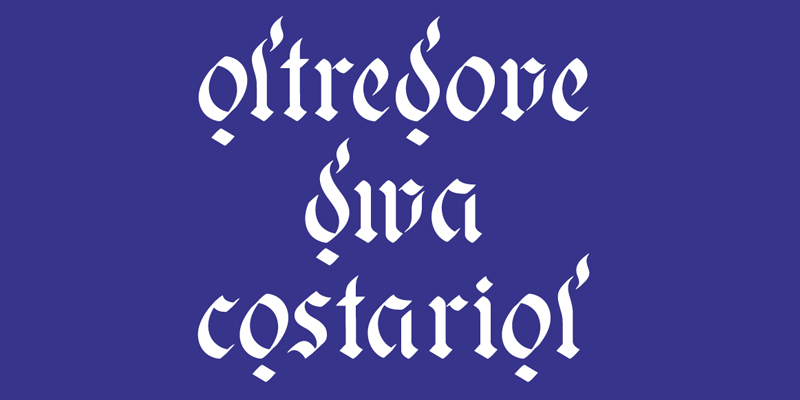 OLTREDOVE Beyond time, where you can see the stars.


SECONDOME Gallery opens OLTREDOVE, an exhibition devoted to a project by DWA (Alberto Artesani, Frederik De Wachter) and Alessandro Costariol. SECONDOME presents a limited edition of objects conceived for a distant place, without technology. Timeless objects that seem to come from a remote future, as if they were archaeological finds. Some preserve memories, witnessing something that has yet to happen and marks a radical change. Others seem to have a function and remind us familiar shapes, then show mechanical incongruities that makes them completely unrelated.
The exhibition includes a handmade carpet, various tools and an installation that interprets the 14 apocalypse panels designed by Albert Dürer.

A carpet in the middle of the street. It lies there on the asphalt, as if no one would ever pass. There is a big canvas bundle on the carpet. It looks heavy, full of objects. You look around. Not a soul, not a car, no bystanders. You hesitantly approach the thing. The cloth is worn, grimy with time. Its corners have been carefully knotted together. No message, no label. Beneath your feet a soft, immaculate surface. Blue, like a summer night. For a second it is like treading the sky. You glance up and down the street. All’s quiet. You undo the knots, and sit down.
That carpet tells stories. If you look closely, you can still manage to hear them. Like a tapestry that has eluded the ruin of days, it speaks of very distant, arcane memories. Things you once knew, but had forgotten. Flights from chaos, falls, rebirths. Stars, fires, silences. Another world, another time. Like that full sack that is beckoning you now. You close your eyes and reach out your hand. Memory can play nasty tricks. You feel like you’re back in childhood, when objects were mysterious entities, and to make a magic wand a candy cane would suffice. A telescope that may not be a telescope, but a perpetual torch.
A curved band with two long cuts in the middle. Is it a pair of glasses? You try them on, smiling. Maybe, you say to yourself, this is the way to look at things. Two mute, perforated disks. If you aim them skyward you see a myriad of stars. They could be sieves, but also planispheres. And then. Strange devices without user’s manuals. Objects you’d say you’ve already seen, but not like that, not all together. Skillful assemblages of valves, caps, propellers, horns, pistons. Mysterious alembics with no apparent function. Perhaps one day they’ll be useful. To catch the shadow of a loved one. To distill tears and make a perfume. To grind up odors in order to eat them. Perhaps, one day. At the bottom of the sack there is a piece of paper, crumpled into a ball. You were hoping for a message, but instead… The same sinuous lines, the same opalescent symbols on which you are seated. The map of another time. You hear a car in the distance.
Like a nomad in a desolate land, you pack up your bundle before it’s too late.
You still have the glasses.
There is still so much to see.