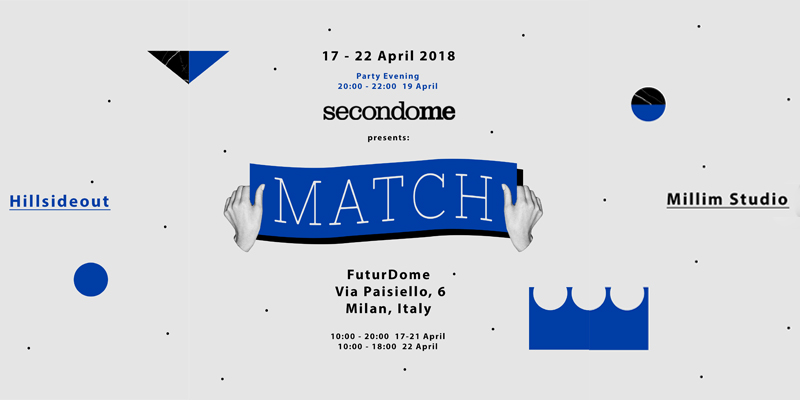 The marble becomes an embracing “mother”.
The matter withdraws to leave space for another matter.
As a magnifying glass, huge transparent cylinders, cross and reveal the heart of marble, mixing with it.
The tale of a fusion, where empty and full mix up.

For what reason the legendary 8th continent Atlantis has sunk in just one day and one night, is unclear. And it continues being enigmatic if it really did exist. Nevertheless it is alive in our imagination, since the opposite have never been proved. Nothing has been found so far. What happened if? What happened if suddenly single objects appeared from the ocean? And how would we put these pieces together? How many possibilities would we have?
Playing with this idea, Andrea and Nat realized the coffee table called ATLAS which marks the beginning of a collection of utopian furniture pieces that could have belonged to the greek Titan Atlas, the first king of the paradisiacal and highly civilised island of Atlantis.
Of course it could not be an ordinary piece of furniture since it has lain in the depths of the Atlantic for over 2500 years. Its history is made of metal, because the island was famous for that. Its archaeology, however, has adapted to its destiny. Therefore it is destroyed and somehow different. Its soul is made of water, because it cannot exist without water and which “freezes” in the melted state to become glass, robust and fragil in one. The combination of its inherited character makes it surprisingly usable again.

MILLIM STUDIOIt’s the very concept of “desire” that leads Chiara Pellicano and Edoardo Giammarioli, both born in 1989, in a deep research on the role that Design can play with it.
For the duo, it’s the sense of things that excites and creates new inspiration. Where the need ends, the desire takes shape. In this mental space, strength of the world, Millim Studio develops the intention of every new project.
Millim is a multidisciplinary design studio founded in 2016 by Chiara Pellicano and Edoardo Giammarioli, operating in different fields: creative consultancy, art direction, product design and visual design.
Both, after working for important design and architecture studios, have started working together on individual projects, bringing the vision of the couple as an added value to the design process. The “double” is a central theme. Millim is a palindrome word that contains all the nuances and codes about the vision of the two designers.
Millim Studio starts its activity by participating at Operae 2016, Independent Design Festival, with the theme “design the future”.
In 2017 they started new collaborations with design academies, galleries and national and international companies.

HILLSIDEOUT is a joint studio by Andrea Zambelli and Nat Wilms which came to life in 2009 out of a mutual concern and discomfort for the degradation of abandoned sites in the Italian Apennines. Hillsideout expresses the need to transform the state of uselessness but also forgotten stories into practical functionality. The ancient, mainly medieval, mountain villages but also journeys abroad are the starting point for transforming the past into “living memory”. Hillsideout brings the past into the present in the form of uniquely handcrafted contemporary furniture.