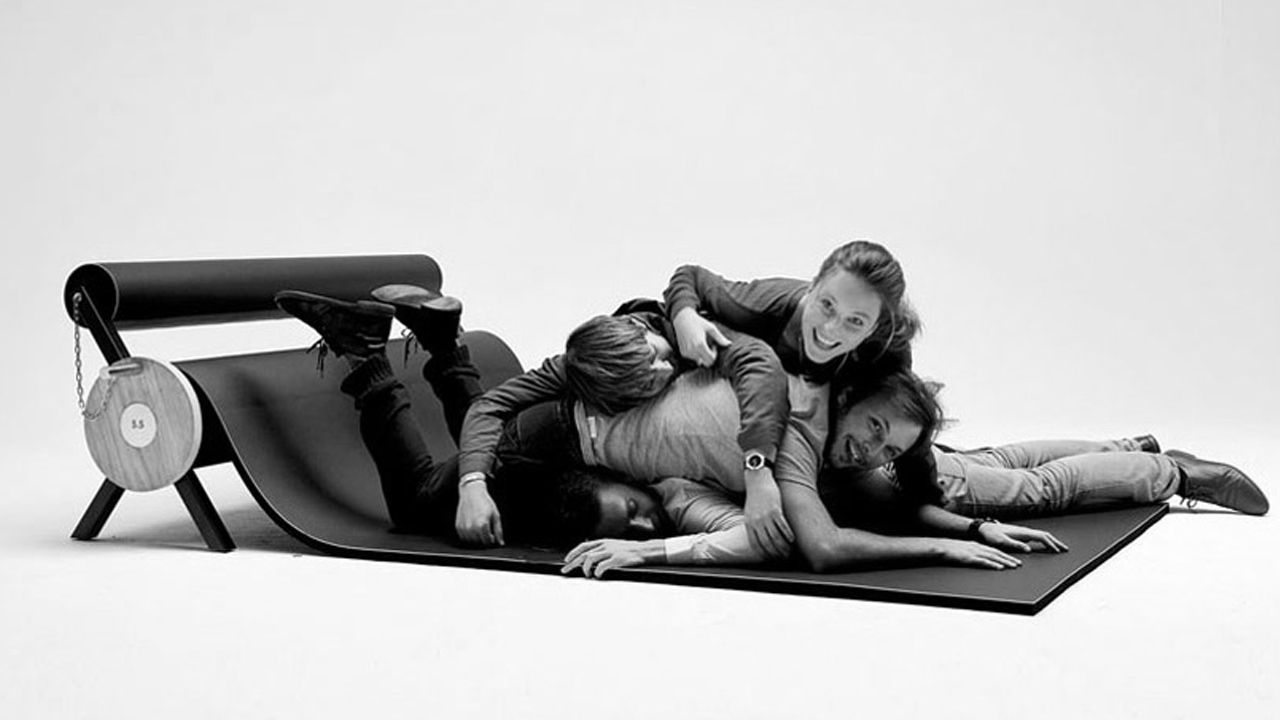 Mostly described as a collective, we ended up in the spotlight in 2003 with our first project, Réanim. It was followed by the Ordinary Objects collection, then Workers/Designers for the Bernardaud Corporate Foundation and many other signature creations that have made our story and contributed to our ascent. Some have described us as the troublemakers of design, others have labeled us “nerds”, but we defined ourselves as furniture surgeons, political handymen and craftsmen of ideas. That is how we challenged and provoked the world of design, by systematically questioning our profession or at least our role in the creative process. We have introduced moral values and a sense of responsibility to our discipline, which showed new directions to our profession and influenced many creations of this early century.

They are standing in each of their creation for honest and accessible consumption alternatives, which imply a truly will to sublimate the ordinary. Because of this approach, tinted with humour and simplicity, brands and editors, from luxury to mainstream ones, (Nespresso, Baccarat, LaCie, Oberflex, Bernardaud, Centre Pompidou, SABZ, La Corbeille…) ask them to design products and sceneries for their spaces. This type of responsible and optimistic design has reached, in five years time, a large panel of national and international institutions which have either exhibited or acquired their creations.
The city council of Paris awarded them with the “Grand prix de la Création” for the whole of their work.

It has been ten years – yes ten years already – since we started working under that emblematic name. Ten years of euphoric creativity during which we have experimented, designed in all directions, met unbelievably skilled craftsmen and showed our work in numerous museums around the world. We have experienced media attention but also had the opportunity of releasing mass produced products anonymously, we have expressed ourselves in universes such as luxury and consumer goods and have worked for small retailers as well as big-name brands. All these experiences have influenced the way we practice design and have shaped our mindset, our values and our roots.

Today, the results are more than satisfactory, considering that we already have references in a wide variety of areas; and we obviously have a name and a set of values that have been built through projects, encounters, experiences and shared moments. At first, our modest fame undeniably allowed us to make our voices heard, but it also led us away from the core of our work: designing for people, designing to keep factories going, designing for offering honest and affordable solutions to ordinary people. In our view, our objects have too often remained restricted to prototypes or limited series, which have been featured in magazine pages and museums rather than actually being used. The projects that we conceived in order to keep us thinking were not really coming to life and we became increasingly frustrated.

Such is the uncompromising analysis that we make of our work, after having ourselves participated in that race for the most surprising object, no matter how disconnected from economic realities, this struggle for recognition at all costs. These excesses fuel the misunderstandings that surround our discipline, which tends to be described as a style rather than an activity. This painful realization, which probably follows a leap of maturity on our part, calls for a redefinition or at for least defining new objects that could give new meaning to our profession and help write the rest of our story – and maybe the story of design.

Today, we wish to not limit design to unique pieces and other futuristic concepts and to reintroduce it into supermarkets, which keep filling up with low-cost, profit-oriented products. To make big corporations and brands more familiar, in order to challenge misconceptions and make our ideas known with leaders. To reconcile esthetes, collectors and critics with consumers. To promote a design based on reconciliation, in order to bring designers and the industrial world closer together, and to put an end to this mutual apprehension that paralyzes encounters between the two.                                          This anniversary is therefore a good opportunity to share this past experience, but most of all it is a good time to write a new chapter of our story. With this new mission in mind, and with the ambition to practice a more engaged design at the service of brands, we have decided to reinvent ourselves and to become a genuine studio, capable of confronting the balance sheet while trying to adopt an innovative approach. Reconciling artistic design and industrial design: such is the mission of the 5.5 designstudio for the next ten years.